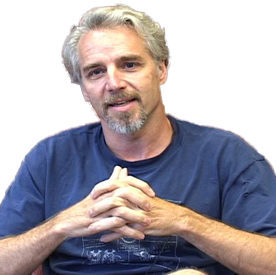 Tim Tully is a molecular geneticist, interested in finding the genetic and biological basis of memory in order to better identify pharmacological and behavioral treatments for memory loss. In 1981, he received his Ph.D. from the University of Illinois. Tully joined the Cold Spring Harbor Laboratory staff in 1991 to work on discovering genes involved with memory. He became the St. Giles Foundation Professor of Neuroscience and led the Drosophila learning and memory program. In 1998 he founded Helicon Therapeutics, Inc., a development-stage biotechnology firm that works on new therapies for memory loss and other cognition disorders. In June, 2007, Tully left Cold Spring Harbor Laboratory to become Helicon's Acting Chief Scientific Officer, and assume a key role in the Michigan-based Dart Foundation as it expands its interest in funding neuroscience research. He is currently chief scientific officer and executive vice president for research and development at Dart Neuroscience. He is also an Adjunct Professor at Tsinghua University in Beijing China and at the National Tsing Hua University in Hsin Chu Taiwan.

His work on the transcriptional factor CREB gave way to the first experimental demonstration of enhanced memory formation in genetically engineered animals. Tully works to identify genes involved with long-term memory formation. Tully has determined that by the regulation of gene expression, new, long-term memories can be formed due to the growth of new synapses.