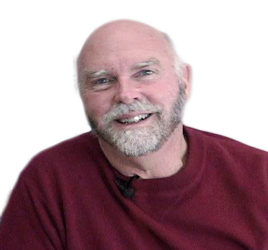 Craig Venter, biologist and genomic research pioneer, is interviewed by Mila Pollock and Jan Witkowski, on March 2, 2006, at the J. Craig Venter Institute in Rockville, Maryland.

J. Craig Venter, biologist and genomic research pioneer, was born in Salt Lake City, Utah in 1946. Following military service in Vietnam, he studied biochemistry as an undergraduate at the University of California, San Diego, where he also received a Ph.D. in Physiology and Pharmacology in 1975. He joined the faculty of the Medical School of State University of New York at Buffalo in 1976, joining its affiliated Roswell Park Cancer Institute in 1982 as Professor and Associate Chief Cancer Research Scientist. Beginning in 1982, and for the next decade, Dr. Venter headed various sections of NIH's National Institute of Neurological Disorders and Stroke.

In 1992 he founded The Institute for Genomic Research (known as TIGR) where he and colleagues became the first to successfully sequence the genome of an entire organism. Dr. Venter's Celera Genomics, founded in 1998, used a strategy known as the whole genome shotgun approach to compete with the publicly-funded Human Genome Project, which served to accelerate the mapping of the whole human genome by 2000. Dr. Venter's current venture, the J. Craig Venter Institute (JCVI), was formed in 2006, from the merger of several predecessor enterprises. A leader in genomic research, the JCVI announced in January 2008, the largest synthetically derived DNA structure, advancing it towards its goal of creating a living cell based on an entirely synthetic genome. In September 2007, the JCVI announced the sequencing of Dr. Venter's genome, the first sequencing of an individual's genome. Venter currently serves as the Chairman and Chief Executive Officer of the JCVI.