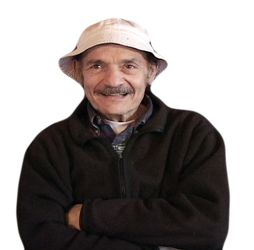 The Oral History Collection contains interviews conducted with 200 scientists within the fields of molecular biology, genetics, and the life sciences between 1990 and 2018. The interviewees provide first-hand accounts of their experiences in the fields of modern biology, such as neuroscience, cancer, genetics, plant genetics, genomics, biotechnology and others, from the 1940s through the 2000s. The collection contains audio and video recordings, as well as transcripts of interviews.

The interviews offer a glimpse into the life of prominent scientists. The interviews discuss scientists' early school days and beginning interests in science to what or who made them choose to go into science. They also include reminiscences about their research and major discoveries, experiences of women in science, the character and life of leading scientists like Barbara McClintock and James D. Watson, the history of Cold Spring Harbor Laboratory, the nature of the double-helix discovery, the ethics of the Human Genome Project and biotechnology.

Many scientists interviewed for this project have either carried out their research or attended scientific meetings at Cold Spring Harbor Laboratory. Their recollections document not only the history of molecular biology and genetics the but also the laboratory's role in this history. The collection comprises of Hi8 8mm tapes; mini-DV; DVCAM and VHS audio cassette tapes. Most of the interviews from this collection have been transcribed. Interviews which have been digitized can be found at the Oral History Collection page.

Alexander Rich discusses the following in his interview: LIFE IN SCIENCE: At Caltech with Linus Pauling.