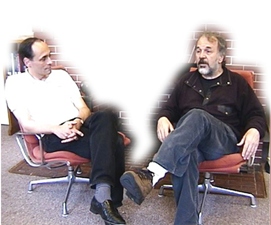 Harry Noller is a molecular biologist, and Robert L. Sinsheimer Professor of Molecular Biology at the University of California, Santa Cruz, and Director of the Center for Molecular Biology of RNA. Noller started studying enzyme mechanisms in Sid Bernhard’s lab as a graduate student. After receiving his Ph.D. from the University of Oregon, for protein chemistry research, he went on to the MRC Lab in Cambridge and then to study ribosomes under Alfred Tissieres. His laboratory focuses on uncovering the molecular structure and function of the ribosome, and understanding how the ribosome’s three dimensions enable translation. Noller’s research is aided by x-ray crystallography, molecular genetics and chemical probing methods. Harry Noller was mentor to Winship Herr, Dean of the Watson School of Biological Sciences. Noller is a regular attendee of the CSHL Ribosome Symposia. He was also elected to the National Academy of Sciences (1992).

He received the Rosenstiel Award for Distinguished Work in Basic Medical Sciences together with Drs. Moore and Steitz for their research on the ribosome. Harry Noller has been awarded Paul Ehrlich and Ludwig Darmstaedter Prize granted by the Paul Ehrlich Foundation. He is a member of National Academy of Science, RNA Society and American Academy of Art and Science.

Winship Herr holds the position of Professor Emeritus of the Center for Integrative Genomics at the University of Lausanne as of 2018. He was director of the University of Lausanne School of Biology from 2009-2015 and member of EMBO. He earned his Bachelor of Arts degree at the University of California in 1974 and Ph.D. for studies on recombinant retroviruses in leukemogenic mice with Walter Gilbert from Harvard University in 1982. He completed his postdoctoral research studies in Cambridge (England) with Frederick Sanger and with Joe Sambrook in Cold Spring Harbor. After that he joined the Cold Spring Harbor Laboratory faculty in 1984. From 1994 till 2002 he was an assistant director of the Laboratory and founding dean of the Watson School of Biological Sciences from 1998 till 2004.

Interview recorded on Hi-8, then transferred to DVD.