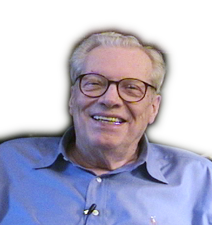 Paul Mead Doty (1920-2011) was a biochemist and science policy activist. He was born in West Virginia. As a chemistry major he attended Pennsylvania State University (B.S. 1941), and Columbia University (M.A. 1943, PhD. 1944). He joined the Harvard University faculty in 1948 and served as a professor in chemistry, biochemistry and molecular biology, and public policy. He was Founder and Director Emeritus, at Harvard's John F. Kennedy School of Government's Center for Science and International Affairs, and the Mallinckrodt Professor of Biochemistry, Emeritus. In 1968 he founded Harvard University's Department of Biochemistry and Molecular Biology. His interest in nuclear policy and international affairs began during his graduate student years when he experimented with isotope separation and became involved at the beginning of the Manhattan Project. Subsequently, he served as a consultant and member of the President's Science Advisory Committee and as a member of the President’s Arms Control Advisory Group. Doty’s scientific research is focused on elucidating the structure and function of large molecules by optical methods. Responsible for hybridizing single strands of DNA to reform an active double-stranded molecule, his laboratory work helped provide the basis for DNA recombination.

Interview recorded on Hi-8 videotape, then transferred to DVD.